Does Your Dog Need Swim Lessons? 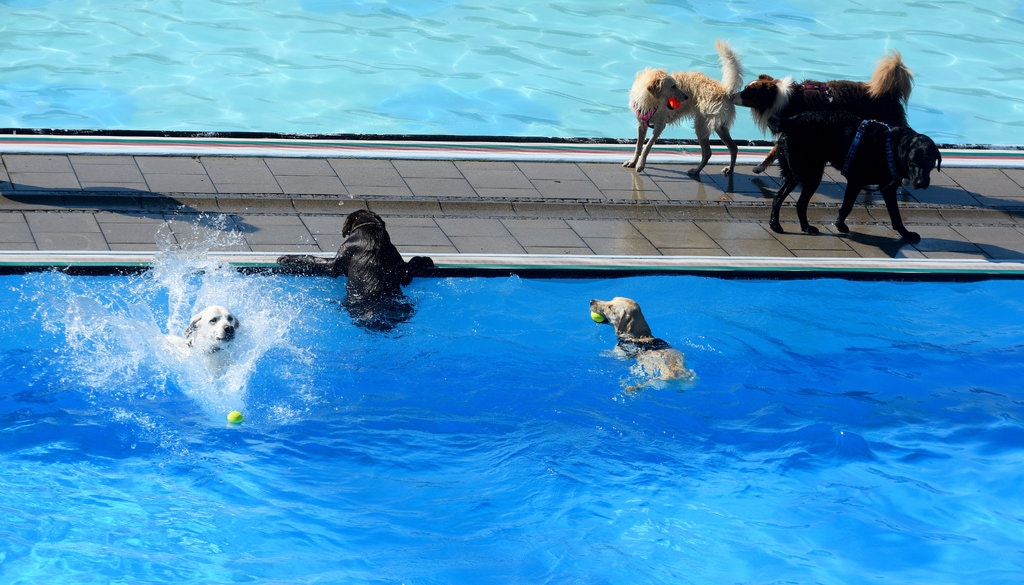 The most common setting where dogs drown is in swimming pools. Read this article by Jen Miller about her experience with teaching a canine how to swim on their own. 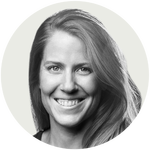 By Jen A. Miller

In June, I took my cattle dog mix, Annie Oakley Tater Tot, to the Durango Off Leash Dog Park in Colorado, through which the Animas River runs. She had never shown much interest in water, and whenever she’d be near a lake or stream, stood just deep enough to get her paws wet.

But she followed a pack of dogs down to the river’s edge. It was running fast that day. What if she followed them in and got swept up by the current? Did she even know how to swim? If she slipped away, could I reach her?

As soon as I got back home, I did what a lot of my friends with young children do: I took her to a swim lesson. 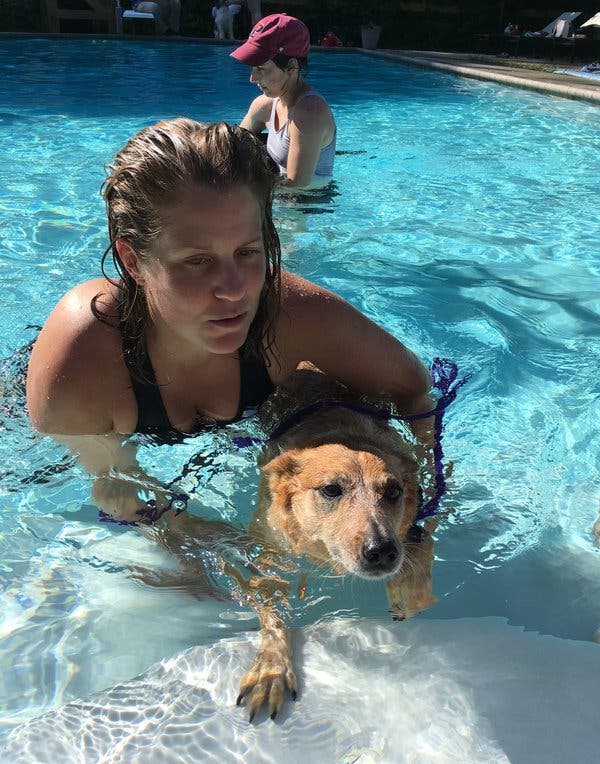 This might sound like obsessive dog person overkill, but it’s a way to keep dogs safe if they are ever near water, said Dr. Jerry Klein, the chief veterinary officer of the American Kennel Club. He’s also been an emergency and critical care veterinarian for over 30 years and said the most common setting where dogs drown is in swimming pools, especially when the pool isn’t fenced in.

Dogs can drown in pools even if they know how to swim because pools may not have an easy way to get out, at least from a dog’s point of view. They can’t climb ladders, and if they can’t find the steps, they can panic and exhaust themselves.

Dogs, like people, can also get caught in fast streams, or in the ocean, particularly in riptides. There have also been concerns about dogs swimming in lakes or ponds with toxic algae blooms.

Not all dogs are going to be good at swimming either, Dr. Klein said. Dogs with short legs, like dachshunds, can have trouble paddling. Dogs with short snouts, known as brachycephalic breeds, like pugs and French bulldogs, may have a hard time breathing. Dogs with heavy coats, like komondors (which look like mops), can also be weighed down quickly in water, and stocky dogs like bulldogs can have trouble swimming because of the way their body weight is distributed.

Dr. Klein noted that there are exceptions, like Cherie, a French bulldog who won gold in both “medium dogs” and “best in the surf” at the World Dog Surfing Championships in August. He pointed out that all the surfing dogs he’s seen have been supervised and trained. “It wasn’t just letting them go in the water,” he said. And some dogs, even if they’re considered water dogs, like labs and retrievers, just might not be interested either. It depends on the dog, and how they’re introduced to the water.

Annie took her swim lesson with Opportunity Barks, a Philadelphia-area dog behavior and training school. I paid $48; the classes are available only during the summer months because they are held outdoors in an in-ground pool. Two trainers were present.

Hesitant dogs like Annie (and a Pomeranian named Alfred), started by being encouraged to stand on the top step on the pool’s underwater staircase, just getting their feet wet. If dogs made it onto the pool’s steps, they were then encouraged to swim to their owners, who were already in the water, or to follow treats or toys or Frisbees into the water. With a little nudge, Annie swam to me. I let her paddle on her own first, and then turned her around back toward the steps so she knew where to exit the water.

“You want to guide them in but also let them know that you can guide them out,” said Leigh Siegfried, the owner and training director at Opportunity Barks. I also plopped Annie on a raft and floated her around the pool, to get her more comfortable just being around water.

Dogs can also learn to swim through bodies of water that slope gradually, like a lake or river. “Lakes are great because you can build interest,” said Ms. Siegfried. “They can wade or go ankle deep and freely exit.”

Dr. Klein also recommends kiddie pools to get dogs comfortable and interested in water if they’re too nervous to try that lake or stream.

Each dog was put into a life jacket and then placed into a pool. They swam toward the trainer, and then back to their owner, who was waiting for them on a dock.

“I wanted to make sure they could swim just in case they fell in the water,” she said. “Because of their squish faces and their actual build they don’t swim very well.” She also wanted them to get used to wearing the life jackets.

Each dog did well swimming, with Stewie being more encouraged to swim by chasing a ball thrown into the water, and Edna wanting to swim toward people. Ms. Desjardins took them back three weeks later for a follow-up. Stewie started going into the water himself, but Edna still wanted to be carried. “She kept coming back, to watch Stewie jump, so there is hope there too for a future water dog,” she said.

Six weeks after her lesson, Annie and I went back to Colorado, this time in Fraser. On a hot hike in the Arapaho National Forest, she stopped when our trail lined up with a shallow creek. She looked at the water, then back at me, then back at the water again. I walked down rocks toward the water and stood on the edge. She followed, then stepped around me into the water. She did it again the next time the path edged the creek. And then again. And again. When it was time to go, I had to bribe her with Cheez-Its to get her into the car, getting soaked myself in the process because she shook much of the creek off onto me. She just didn’t want to leave.

She didn’t swim — the creek wasn’t deep enough; but she wasn’t tentative about going in the water anymore. I wouldn’t be as worried about her if she followed a pack of dogs into deeper water. I would still put a life jacket on her if were ever to take her out on a kayak, but I wouldn’t worry so much about her going in. I just need to remember a towel next time.